THE GENESIS Cooking to become a man!

When you’re a man, cooking is the way to keep a child’s soul.

Since I was a child.

In his earliest memories, he would tell his mother and grandmothers that “when he grew up” he would be a chef. He even went so far as to say that he would own his own restaurant one day.

To put his words into action, he would dress up in a cook’s costume for the carnival.

The madeleine of Proust for Benoît evokes the egg with sorrel of his Mamy Manou. He had promised her to pay homage to her and to put her soup on the menu of his restaurant one day.

Too sensitive, he does not fit in the classrooms and has difficulty with all the concentration that a schoolboy needs.

That’s why he decided to pursue an apprenticeship that would allow him to express his personality.

In the kitchen. There he quickly finds his place and finally feels at ease in this universe which made him dream so much.

It only takes one year of apprenticeship for his chef to take time off.

Leaving all the responsibilities to Benoît, then 16 years old.

Once his apprenticeship was over, his teachers encouraged him to continue to develop his potential by going to Paris where a job was waiting for him in a great restaurant. 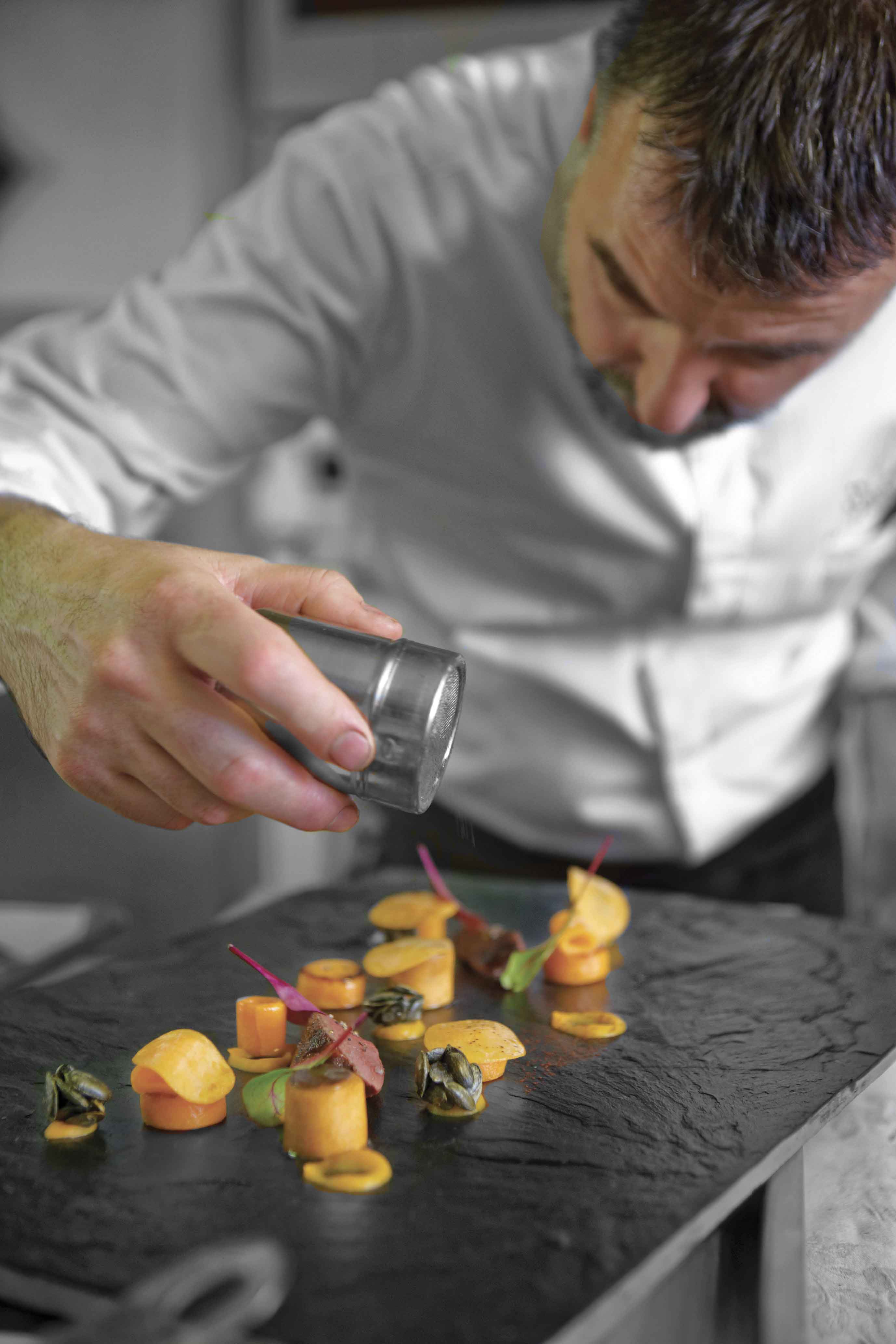 Dreaming of becoming one of them.

It was his encounters with the great chefs he had the privilege of working with, which he admits, were decisive in his professional development.

He has had a series of experiences and restaurants:

For Benoît, Michel Bras in Laguiole is undoubtedly a reference. He considers it a true example. His creative and visionary qualities have allowed Michel Bras to open a new page of gastronomy. It brings a real original vision and strives to put nature at the heart of the plate.

Benoît’s regret is that he never managed to join Michel Bras’s brigade, even though he applied for several years. It was for him, as he says himself, “a dream and a frustration”.

Benoît takes over the kitchens of Atelier d’Edmond in 2011. He has set himself the mission of transforming this chalet into a gourmet restaurant. At this point, he goes through a long, empty run and getting his first star after only one season is a victory he feels like an incredible breath of fresh air.

Benoît and his team need only two more seasons to get their second star. He believes that the transition to another status is beneficial and pushes to always do better.